How to Bring a Whistleblower Claim: Dole Out Justice and Get Paid!

Join us for this special Free program!

When a business suffers, taxpayers begin cheating. What can you do if your client knows about tax crimes being committed under their watch? They can strike a blow for justice, help the American tax system, and get paid to do it. Nothing more American than that!  Join Attorneys Mike Villa and Eric Green during a unique one-hour webinar reviewing the IRS’s whistleblower program, discussing how your client can bring a claim that stands the best chance of receiving an award, and how the system actually works! 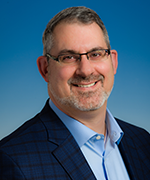 Eric is a partner and founder of law firm Green & Sklarz LLP, which is based in New Haven, Connecticut, where his focus is taxpayer representation before the IRS, Department of Justice Tax Division and state departments of revenue. Prior to becoming an attorney, Eric served as a senior tax consultant for national and international accounting firms, including KPMG and Deloitte & Touche.

Eric developed a national reputation by building a remarkable record of negotiating favorable settlements in thousands of civil cases against government agencies and has also been able to convince government agents and attorneys to forgo criminal charges and civilly resolve many cases.

Eric is a Fellow of the American College of Tax Counsel, an organization in which membership is an honor reserved for those at the top of their chosen profession. The College’s members, called “Fellows,” are recognized for their extraordinary accomplishments and professional achievements and for their dedication to improving the practice of tax law. Fellows must be nominated by their peers for this honor. 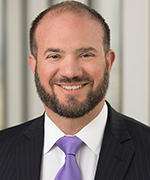 Prior to joining the firm in 2007, Mike worked in Washington, D.C. as a Congressional intern to U.S. Senator John Breaux (Retired) and worked as an Associate with a regional law firm in New Orleans, Louisiana.  In 2004-2005, he served as a Judicial Clerk to the Honorable James J. Brady, U.S. District Court, Middle District of Louisiana.

Cancellation Policy: If you find you cannot make the program after registering, please contact our office by either email (hello@taxrepllc.com or by phone (203-285-8545) and let us know you will be unable to make the program.

Concerns or Complaints: If you have suggestions or concerns about anything in the program or the materials, please direct them to Nicole Golino at ngolino@gs-lawfirm.com or by calling us at (203) 285-8545.

CPE Credits & Field of Study: Recommended 1 CPE Credit Hour in the Field of Taxation.  In accordance with the standards of the National Registry of CPE Sponsors, CPE credits have been granted based on a 50-minute hour