It is being reported by tax-news.com that the American Embassy in Ottawa has disclosed that the United States Internal Revenue Service (IRS) will shortly announce an easing of its foreign account reporting rules for US citizens living in Canada.

Under the IRS’s Foreign Bank Account Report (FBAR) rules, any US person (not necessarily a US resident) who has a financial interest in or signature authority, or other authority, over any financial account in a foreign country, if the aggregate value of these accounts exceeds USD10,000 at any time during the calendar year, is required to file a return.

The FBAR is considered by the IRS as a tool to help the US government to identify persons who may be using foreign financial accounts to circumvent US law. Investigators use FBARs to help identify or trace funds used for illicit purposes or to identify unreported income maintained or generated abroad.

Canadian Finance Minister Jim Flaherty had, in an open letter to the media written in September this year, pointed out the difficulty which the FBAR rules caused to the many dual US-Canadian citizens and their relatives living in Canada, the majority of whom, he said, hold only distant links with the US and were, therefore, unaware of the disclosure rules.

“Because they work and pay taxes in Canada, they generally do not owe any taxes in the United States in any event. Their only transgression is failing to file the IRS paperwork they were never aware they were required to file,” he observed. He believed that, as these individuals are “not high rollers with offshore bank accounts”, they are rather “people who have made innocent errors of omission that deserve to be looked upon with leniency”.

The prospect of having to comply with such regulations will impact on the lives of Canadian people, according to Flaherty. He added that the threat of prohibitive fines for simply failing to file a return they were unaware they had to file, “is a frightening prospect that is causing unnecessary stress and fear among law abiding hardworking dual citizens”.

In reply, the US’s Canadian Embassy has indicated that the IRS is about to issue a revised regulation that will exempt from late-filing penalties those US citizens living in Canada who were unaware of the FBAR rules, or have another reasonable explanation for non-filing, and who owe no US taxes.

Cathy McLeod, Parliamentary Secretary to the Canadian Minister of National Revenue, following a question in the House of Commons, replied that the government was “happy to report that the US has agreed to show leniency. It will waive penalties for many and allow potential refunds of penalties already paid. More details will follow in the coming weeks.” 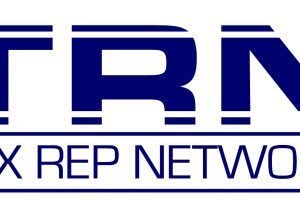 Hey Guys, I am doing some market research regarding the[...]

John H. Durham, United States Attorney for the District of[...]