A Greenwich, Connecticut, man was sentenced to six months in prison today for failing to report over $28 million in funds he maintained in Swiss bank accounts to the Department of Treasury, announced Principal Deputy Assistant Attorney General Richard E. Zuckerman of the Justice Department’s Tax Division, U.S. Attorney Dana J. Boente for the Eastern District of Virginia, and Chief Don Fort, IRS Criminal Investigation (IRS CI).  In pronouncing the sentence, U.S. District Court Judge Brinkema took into consideration Kim’s cooperation with the government, which occurred for more than a five-year span.

According to documents and other information provided in court, Hyong Kwon Kim, a citizen of South Korea and, since 1998, a legal permanent resident of the United States, resided in Massachusetts and later in Connecticut.  Kim, a sophisticated business executive who ran family businesses with operations in the United States and internationally, inherited tens of millions of dollars that he stashed in secret accounts at Credit Suisse, its subsidiaries, and another Swiss bank.  Kim deliberately violated the U.S. bank secrecy laws by failing to report his foreign financial accounts to the Treasury Department.  U.S. citizens, resident aliens, and permanent legal residents with a foreign financial interest in or signatory authority over a foreign financial account worth more than $10,000 are required to file a Report of Foreign Bank and Financial Accounts, commonly known as an FBAR, disclosing the account.

Kim conspired with a host of foreign enablers, including Dr. Edgar H. Paltzer, his Swiss attorney who pleaded guilty in 2013 in the Southern District of New York, and bankers to conceal his assets and income in Swiss accounts held in his own name, the name of a relative, and in the names of sham corporate entities.  Kim schemed with Paltzer and his bankers to structure financial transactions in a manner that allowed him to utilize the funds in the United States, while concealing his ownership and control of the offshore funds.  For example, Kim had checks issued to third parties in the United States in order to purchase a luxury home in Greenwich, Connecticut, a waterfront vacation retreat in Chatham, Massachusetts, and jewelry adorned with multi-carat diamonds, emeralds, and rubies.  In order to conceal his ownership of the vacation home, Kim and Paltzer created a sham entity to hold title to the home.  Kim and Paltzer acted as if Kim rented the home from a fictitious owner.

Kim ultimately brought his assets to the United States by paying a Swiss jeweler millions of dollars for a ring with a 13.9 carat sapphire and three loose diamonds totaling 13 carats.

Along with failing to report his foreign accounts, Kim also filed false income tax returns for 1999 through 2010 with the IRS, failing to report investment income and failing to disclose the earnings from his holdings in the offshore accounts.

In addition to his term of incarceration, U.S. District Court Judge Brinkema ordered Kim to pay a fine of $100,000 and $243,542 in restitution to the IRS.  Kim, in accordance with his plea agreement, also paid a civil penalty of over $14 million dollars to the U.S. Treasury for his willful failure to file, and willfully filing false, FBARs. 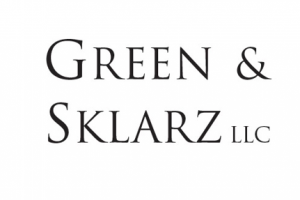 IRS Can Use John Doe Summons to Identify Taxpayers with Cryptocurrency

We represent taxpayers before the IRS and Department of Justice Tax Division,[...]

Joining Eric on this week’s Tax Rep Network Podcast is none other than the[...]

We frequently represent taxpayers involved in Connecticut Department of Revenue[...]