According to documents and information provided to the court, between April 2010 and October 2013, the defendant operated a debt collection business under various names, including Heritage Capital Services LLC; Performance Payment Processing LLC; Performance Payment Service LLC; Pinnacle Payment Service LLC; and Velocity Payment Solutions LLC. Wills resided in the Western District of New York but spent significant time in Cleveland, Ohio, and Atlanta, Georgia, where the debt collection companies were located. From approximately November 2010 through approximately October 2013, the defendant operated a business called Freestar World LLC, through which he did work for the debt collection companies.

For the tax year 2012, the defendant filed a personal income tax return but the return did not include income information from any businesses, some of which earned nearly $5,000,000 in gross receipts in 2012, except for Freestar.

Previously, Wills and the debt collection companies were the subject of a civil investigation by the Federal Trade Commission, with the defendant and the FTC stipulating to a final order for permanent injunction on August 8, 2014.

Payroll taxes are a hot-button issue for the IRS in[...]

Green & Sklarz, a boutique tax and bankruptcy firm in[...] 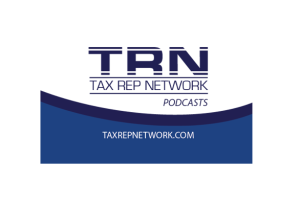 Joining Eric on this week’s Tax Rep Network Podcast is Walter Pagano.  Walter is a partner[...]